It wasn’t really a planned trip but it turned out to be a beautiful one..

In fact, I have noticed that such unplanned trips are the ones where we get the most satisfaction and enjoyment from.

As for Dilip, planned trips have another drawback. He gets some kind of phobia, an anxiety as the date of the trip approaches and that makes us very unproductive during those days…that’s whenever we plan a trip.

We were able to avoid that too.

My sister who lives in Kolkata, happened to make a sudden visit to Bangalore. And the one thing she desperately wanted was to spend a couple of peaceful days out somewhere.

And that’s how we planned this trip to Chikmagalur (that was after striking off a couple of other beautiful places like Coorg and Wayanad).

Everything was put together in a jiffy and We setoff on our getaway on a Monday. Chikmagalur was a drive of about 258 kms from here but since the roads were good, we never felt the stress.

On our way we encountered a restaurant which has a nice concept. They had made a nice concrete sculpture just outside the restaurant and it also had a nice pond near it.

The sculpture was so beautiful that we couldn’t resist ourselves from stopping over and clicking a few pictures. You would be able to identify the character in the sculpture, if you have seen the movie “Moana”. That’s right. It is Te Fiti.

We had booked a homestay(The Inchara Hill View HomeStay) a few kilometers away from Chikmagalur city. When we drove into the house, we were in for a nice surprise.

The homestay was surrounded by huge trees and coffee plantation. It was a complete wilderness with no other house in the 10 acres vicinity that the estate was spread at.

The perfect place for a getaway. Absolute peace, far from the hustle of the city, the honking of the traffic and the dust. At Peace with Nature

One of the things that we liked about this homestay was the location. The climb to the house was a little steep and the road was a muddy path because of which our car didn’t seem to be getting a good grip.

The path is lined with a lot of trees on both sides. This made it a good place for a morning stroll which we did, the next morning. As the sun shone through the branches of the trees, the sunlight filtered through the leaves and made nice patterns on the ground beneath. And when you turned around to look at the trail you left, your eyes would fall straight onto the mountains behind. The view was simply breathtaking. 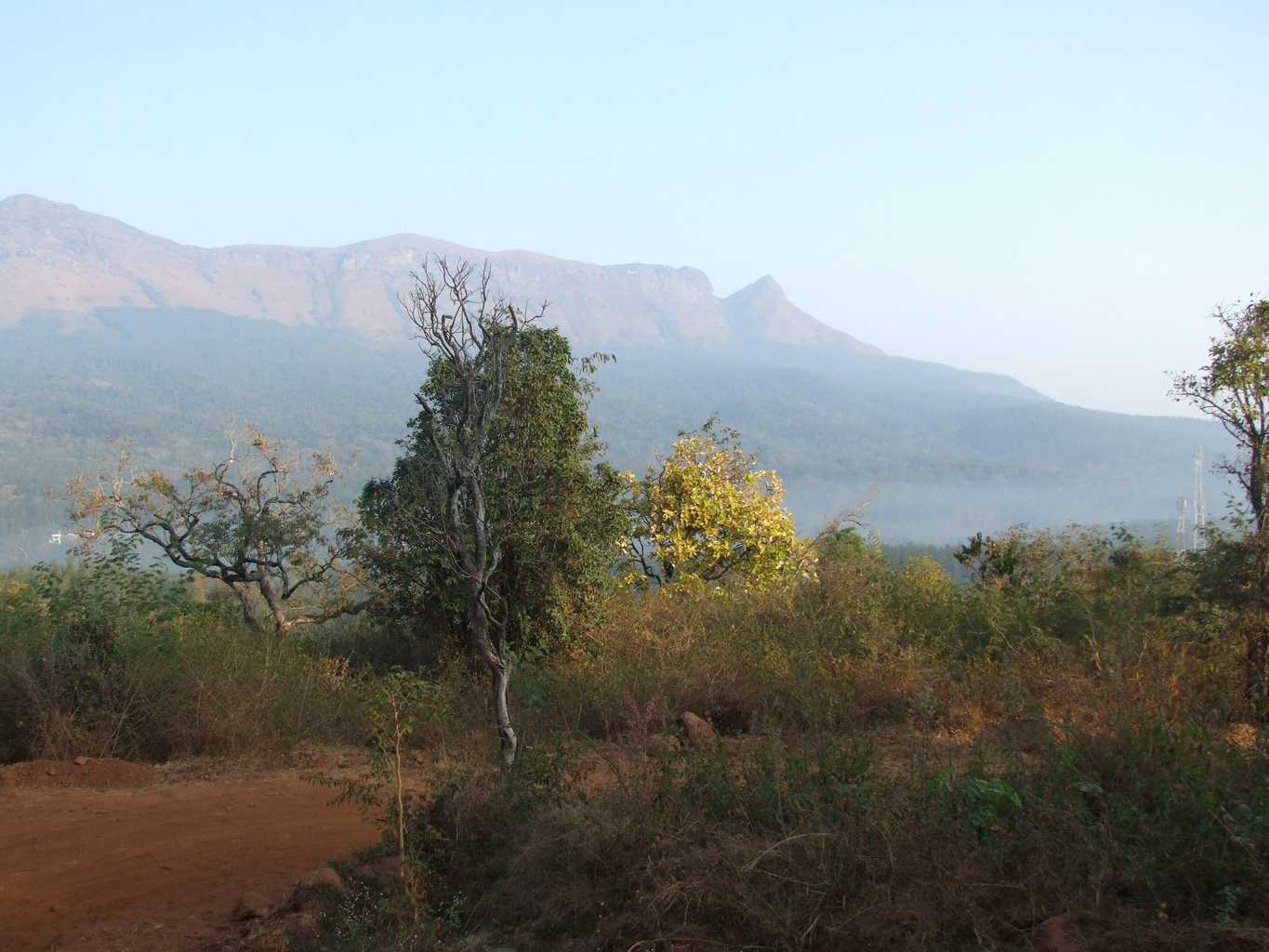 The area was surrounded by mountains and for once we left like never leaving the place. 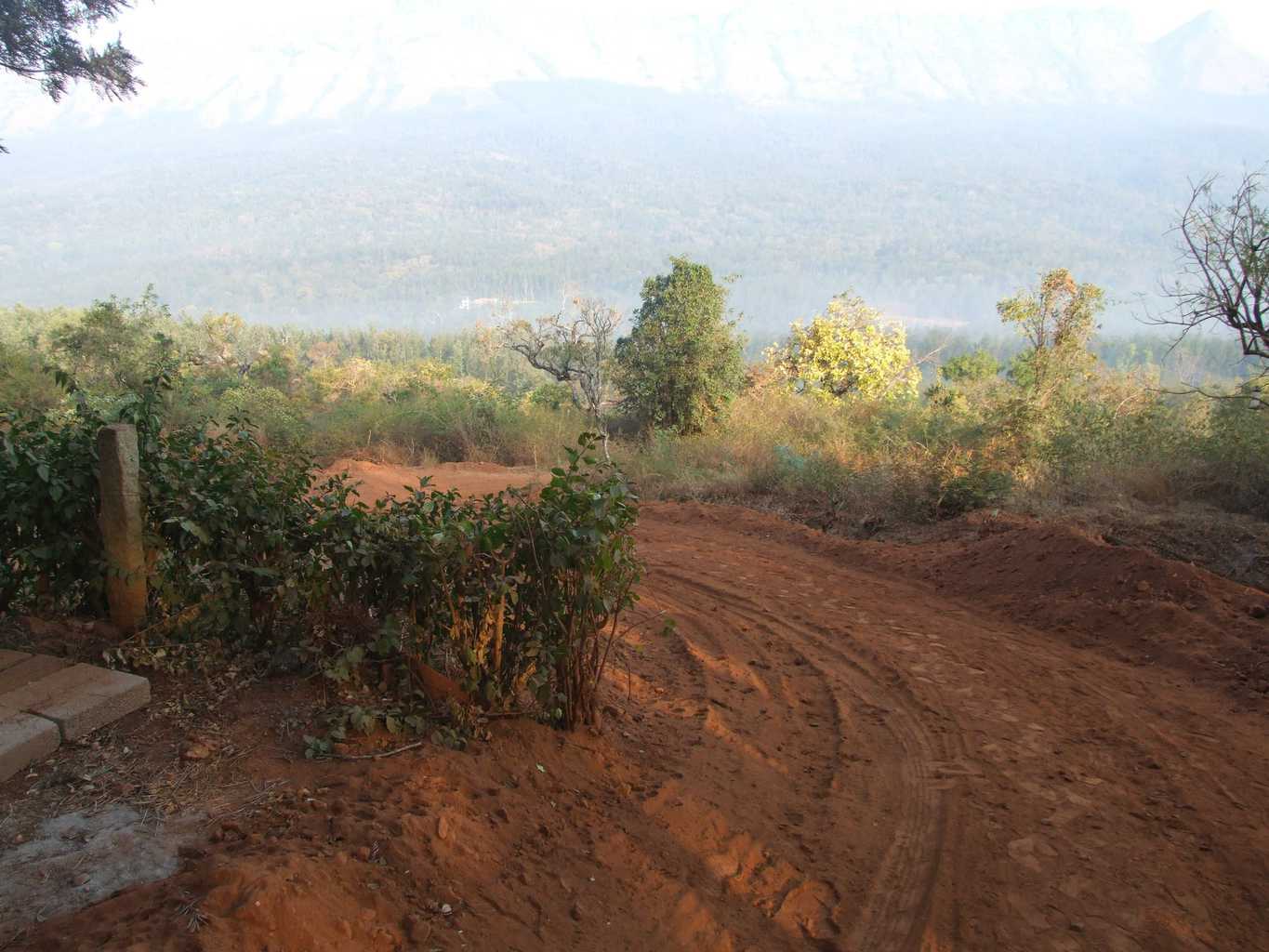 There was this one tree in particular on the road to the stay which caught our eye. There was something special about it. It was a banyan tree. We looked at it and felt as if it was a representation of ourselves – of somebody who forgot to live. The homestay had good rooms that were well maintained and clean. We simply enjoyed the privacy.

There were a couple of tables setup outside which formed an open dining area. Our mornings used to be at this place and it felt so good having your lunch and breakfast in the open. We are foodies and if the food is good we just simply like everything around it.

And here we were in the midst of nature, at a place that we were thoroughly enjoying. So we didn’t really have a lot of expectation from the food.

But, just as somebody said – when you don’t expect, you get the best. The food was so amazing that we couldn’t stop giving a pat on the back to the cook.

He cooked some yummy dishes. One in particular which was a specialty dish of Chikmagalur was so yummy that we couldn’t forget the taste of it even after coming back from the trip.

Places of Interest Around Chikmagalur

There were a few places that we had planned to visit out of which Mullayangiri Peak was the first. Mullayangiri is the highest peak in Karnataka at around 6330ft above sea level. 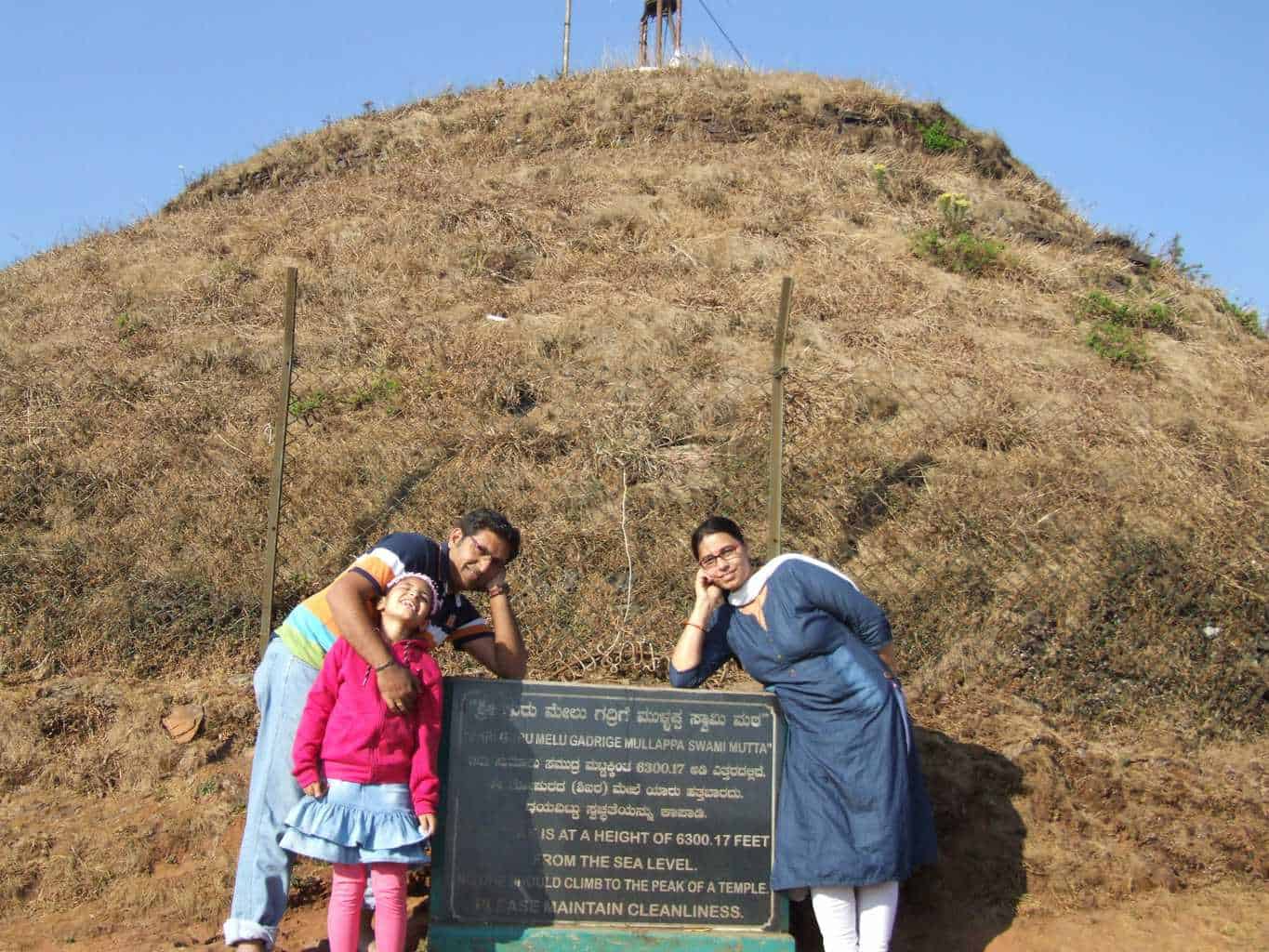 The trek was amazing and the best thing was that we were able to do it. It had about 450+ steps that we climbed in about 25 minutes.

We also went to the temples at Halebidu and Belur. Most sculptures were carved out of single rocks. The temple was attacked and plundered by Muslim armies of the Delhi Sultanate and was in bad shape but off late some efforts are being put into preserving some of the architectures. This Ganesha Statue on the western entrance of the temple was gigantic and beautifully carved. Another place that we went over to was the Bhadra Tiger Reserve, which is one of the wildlife sanctuaries under “Project Tiger”. A tiger safari was something that was there on our agenda but experiences from previous such safaris help us keep our hopes of finding a tiger very low.

The sanctuary was not managed too well and a disclaimer from them stating that “Animal sighting is pure luck”, dashed any little hope that we had of finding some animals at least.

The only animal that we ended up seeing was the Sambar and a couple of peacocks. That last part at the sanctuary was the only piece that was a disappointment.

But otherwise, the trip was rejuvenating and refreshing.

A couple of days away from the city life actually helps re-gather yourself.

But at the same time, the nostalgia (or, hangover, I should say) stays with you for a couple of days and you tend to be a little low on productivity, though it is still worth it.

If you ever plan to visit Chikmagalur, then The Inchara Hill View homestay is something we would surely recommend.