It was one of those days in Bangalore, when suddenly the evenings get dark. The Clouds gather and grow dark just like a huge mob waiting to vent out their anger on something that someone told them was not right. The sky tries to console everyone around but to no avail. Winds start to blow in their full strength as if to show the mere mortals on the earth, who was superior. And the mortals, go around with their normal work as if they just don’t care. All this will go on for a few hours. Then just as the angry mob would disperse, the clouds would go their way and the winds would calm down.

It was normal in Bangalore to see such a change in weather, if you happen to see a slightly warmer morning. The evenings will more often than not, see some showers that will cool the weather. And so, the evenings were something that I would always look upto.

I would love spending an hour on the terrace of my house is such a weather and look around for everything that is happening. You could see some people hurrying to get to their homes before it rains and yet others, who were prepared to get drenched calmly trolling around on the streets.

It was one such evening and I was enjoying everything around when I saw these 2 birds perched on top of a water tank about 2 houses away from mine. The wind was cold and blowing strong. People had difficulty holding onto their belongings and some clothes that were left to dry on some of the cloth-lines next to my house and were forgotten, decided to give up against the blowing wind and go with it.

But these 2 birds were sitting strong. I could see the wind pushing them off from the pipes that they were sitting on, yet they held strong and sat there. Both of them, for each other.

The wind kept on with its show of strength but the birds did not move. They were determined to stay together and find against the adversities. They were stronger than the wind because they were together – always there for each other.

Finally, after about 40 minutes, the winner was decided. It was them – the 2 of them. The mightier Goliath had lost again. The wind stopped and the weather calmed. They were still there sitting next to each other.

Togetherness is about being there with the ones who need you the most, in adversities. And it is this togetherness that gives strength to each other to fight the adversities.

I couldn’t let go of the moment and captured it in my camera. I hope you all like the view of this through my lens. 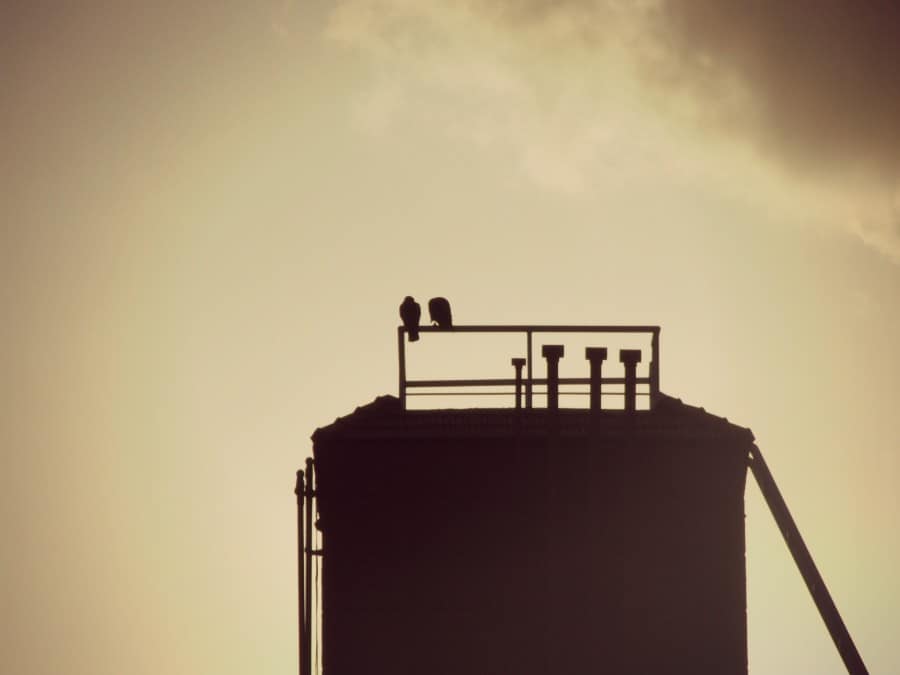 PS: This is an un-edited image available for sale. Please contact me if you wish to buy this picture. Unauthorized usage of the image is strictly prohibited.