Rice Flour Roti Recipe is an easy to make recipe made with rice flour and can be served with Aloo ka bharta, salad and pickle. 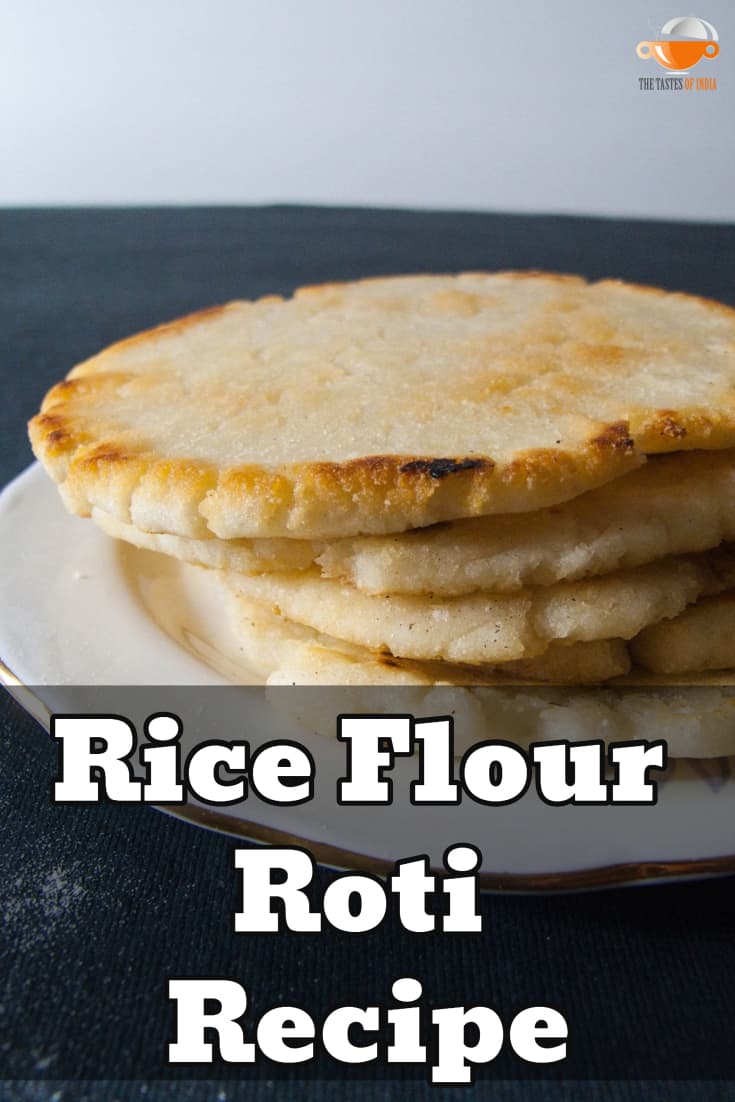 We are gearing up for our next vacation and this time round, a slightly longer one to my hometown in Bhagalpur. It is more than a year that I went to my hometown or, met my parents. So I am sure it is going to fun time.

And since we will be there for almost 3 weeks, it will be some nice time out with my family.

You know the fun part? 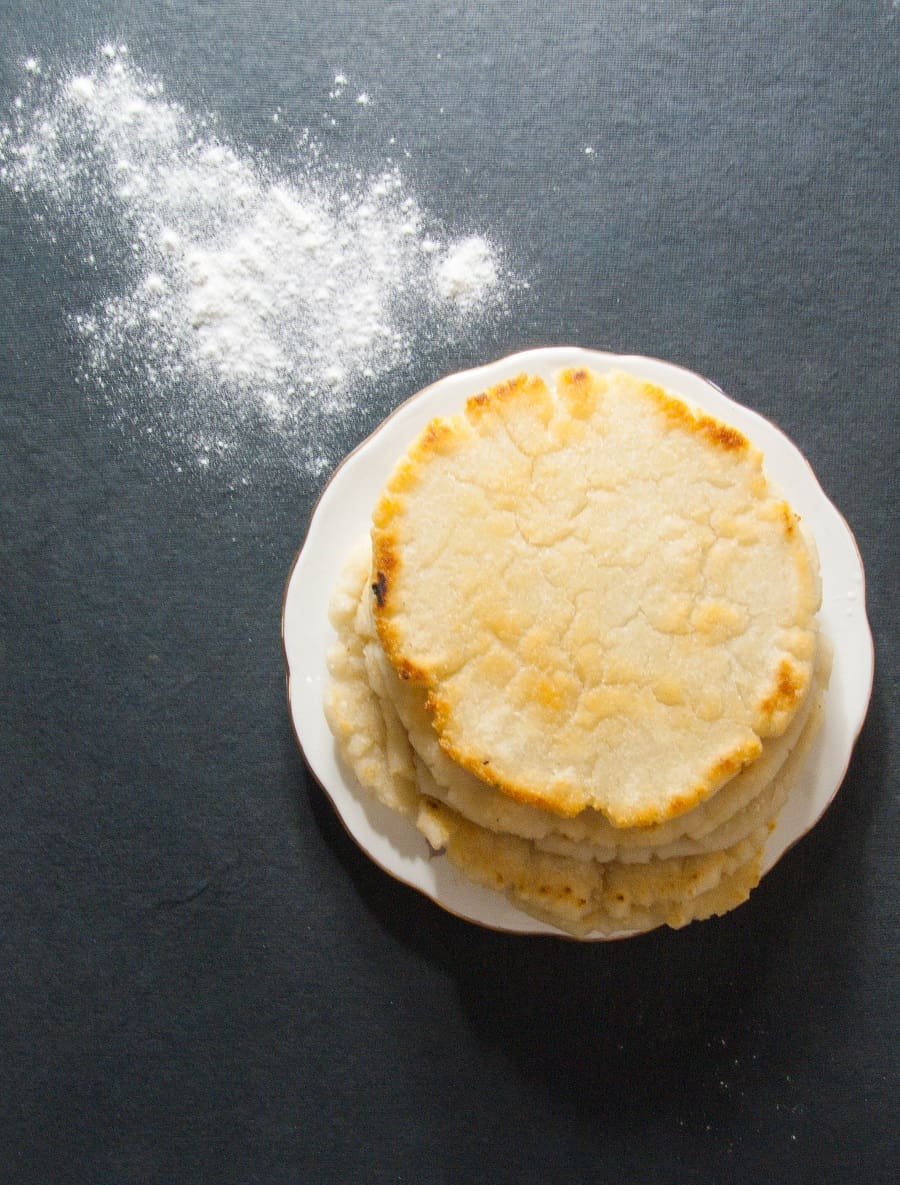 It’s mango season there. Summers are something that we look forward to just because of these mangoes. Though mangoes come into the market in the beginning of April itself, most of them are artificially ripened ones. So it doesn’t taste as good as the naturally ripened ones.

We were actually planning to travel to my hometown during May but my mom advised that we do it in June because that’s when we could get tasty and sweet mangoes. While Banganaphalli is the most sought after mangoes in Bangalore, the Malda mango is the one that is the favorite in Bhagalpur. And I simply love both of those though I like Malda, a little more. 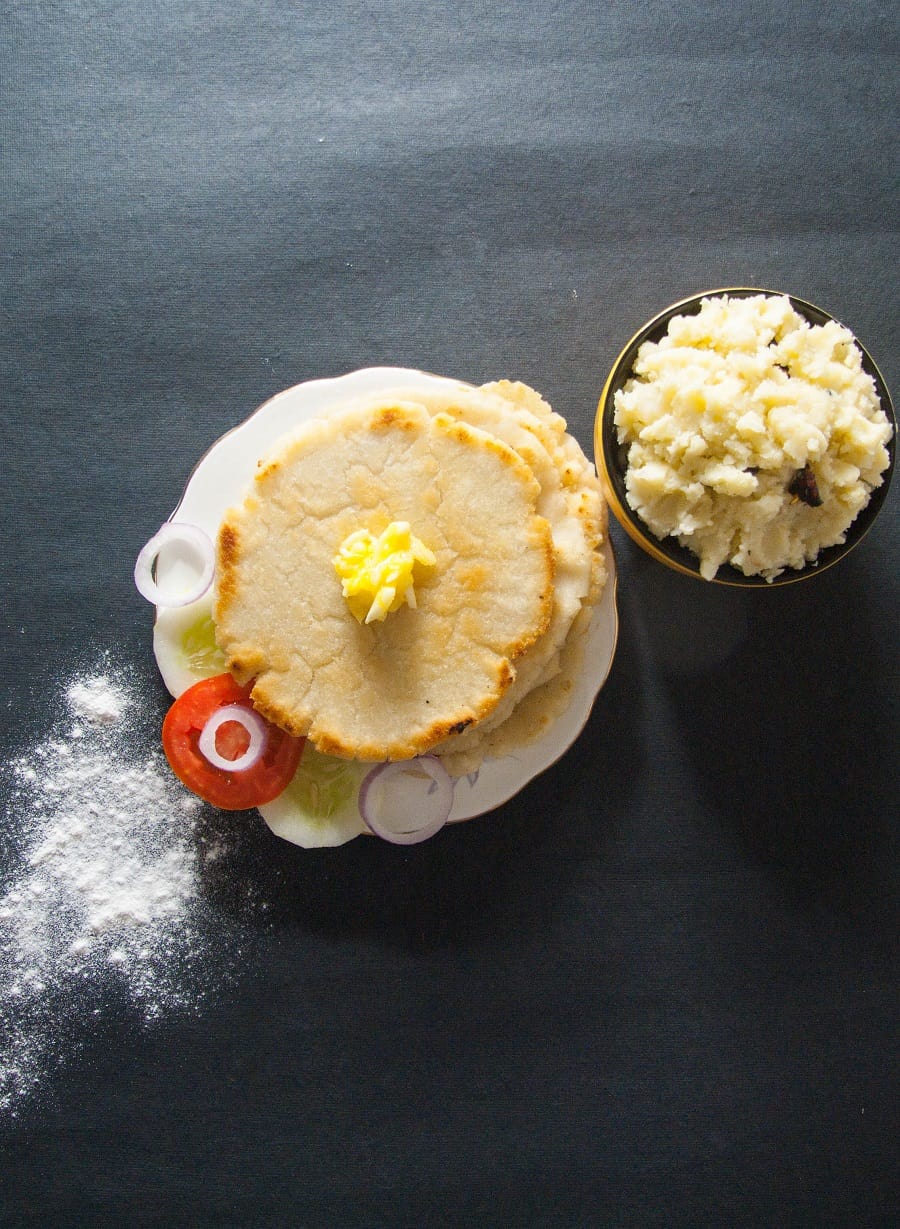 Because it is so fleshy and sweet that you could just peel off the skin with your hands and then have a whole one, just like that.

My mouth is already watering and I am seriously looking forward to this vacation. In fact, it’s after a long time that I am going to Bhagalpur during the Mango season. 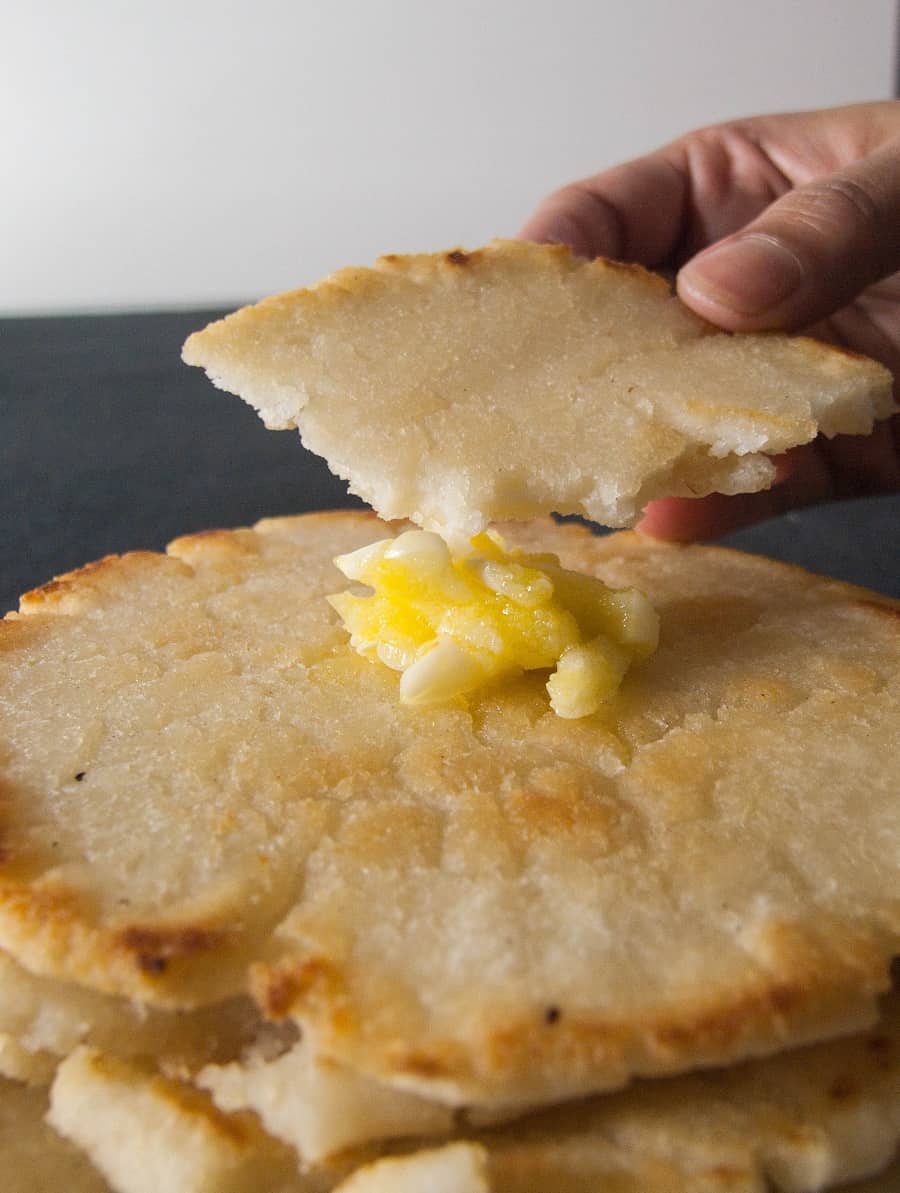 This recipe tastes really good that you just can’t stop at one.

People in India serve this recipe along with various different combination. Even the making style of this recipe differ from place to place.

We serve this recipe along with Al0o ka bharta also called as Indian mashed potatoes, salad, pickle, and a mixture of salt, mustard oil, and garlic.

Rice Flour Roti Recipe is a good option for breakfast on weekend.  You can check out the Kerala Rice Puttu Recipe which is again made of Rice Flour. 🙂 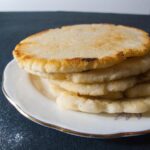 The dough consistency is very important. If it becomes too dry, the roti turns very hard. If the dough becomes to soft, then it will be difficult to roll as it breaks.